If you wish to explore the full syllabus for each module and theme please click the level in which you are interested:

Please seen below the list of themes addressed per level and per module: 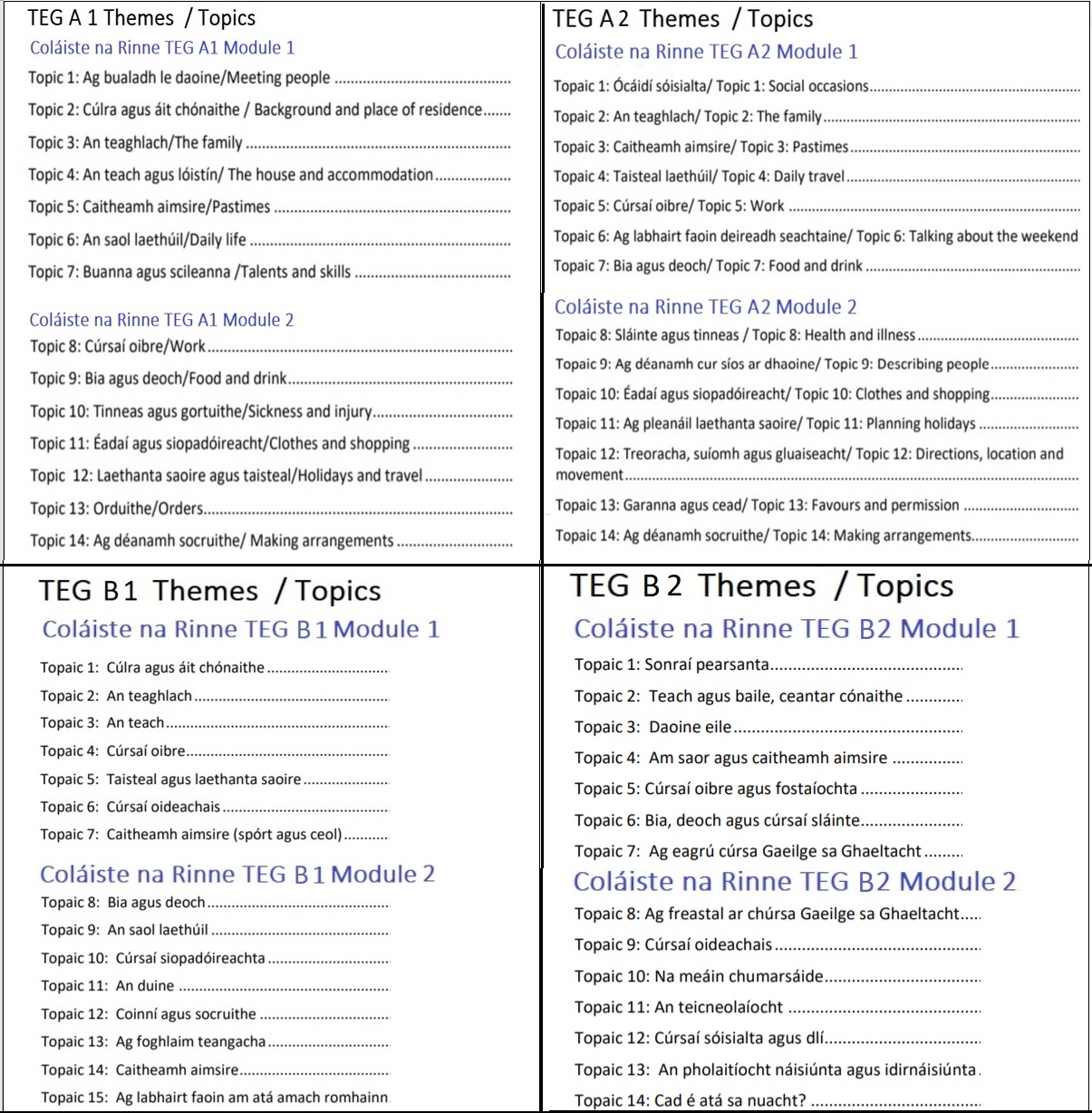 Coláiste na Rinne’s online courses and the summer immersion course are suitable for :

REMEMBER an interest in doing exams or gaining official certification is NOT a prerequisite for any of our courses / modules, but we do help those interested in TEG certification to achieve their goals.

Coláiste na Rinne offers Irish language classes in small group settings, for those who are:

Coláiste na Rinne also offers online programmes to support certain professional curricula such as for example, that undertaken by teachers in training.

TEG offers an online test HERE which can help learners get a general idea of their level of proficiency, however this test is only one step in the process; participants are advised to consult a / their teacher before choosing a level or before deciding to move to the next level.

COMBINING ON LINE WITH ON CAMPUS

For those who wish to make consistent progress in their level of proficiency in speaking, reading and writing Irish, completing online classes, in conjunction with attendance at a one or two week IMMERSION COURSE  on campus in An Rinn, annually during August, is an option, under normal circumstances. Unfortunately the 2020 August Immersion Course could not proceed but hopefully the programme will return next year 2021.

Guthán/Tel: 058 46128
E-Phost: eolas@anrinn.com
We use cookies to ensure that we give you the best experience on our website. If you continue to use this site we will assume that you are happy with this.OkRead more